Home Car engine Driven: 2022 Renault Captur R.S. Line Is One Of The Best In 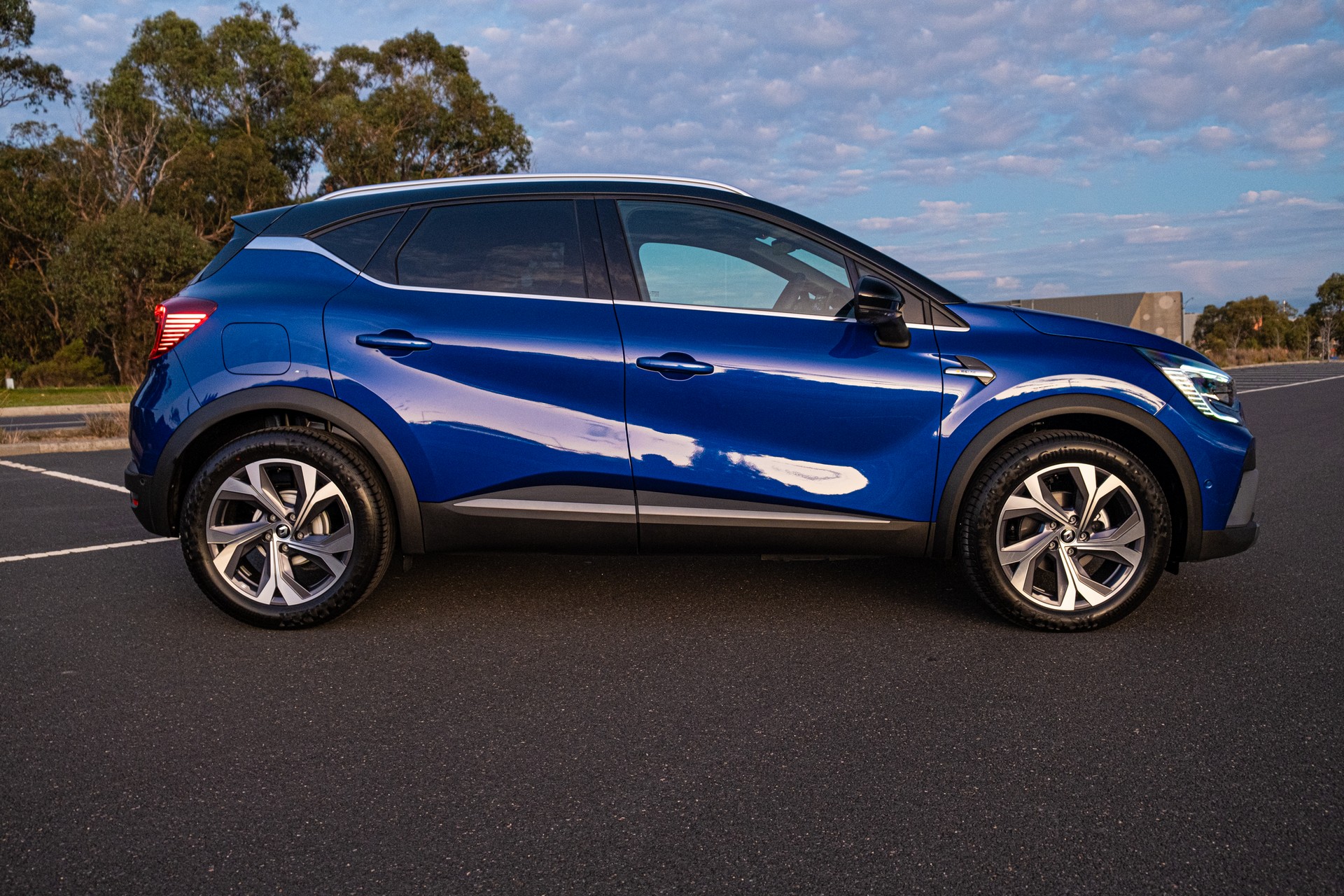 The French have always done cars a little differently than most and with the new Captur, now in its second generation, Renault has managed to produce a subcompact crossover that feels just as good as its rivals while retaining its quirkiness.

The first-generation Captur was produced between 2013 and 2019 and was based on the fourth-generation Clio. It was a solid performer and while it wasn’t a big seller in Australia, they remain a frequent sight on local roads, in particular those with some of the striking two-tone paint finishes that were available.

This second-generation model is very different. Found under the skin of this new model is the CMF-B platform from the Renault-Nissan-Mitsubishi Alliance and in addition to it being larger than its predecessor, it also looks and feels much more sophisticated.

When looking at the new Captur in person for the first time, it’s hard not to be struck by just how dramatic it looks. Renault has not played it safe in the styling department, giving the crossover a youthful and exuberant design that should strike a chord with customers.

Making the front of the Captur stand out are the lobster claw-shaped LED headlights, the flowing black grille, and the large Renault badge. Tested here in flagship R.S. Line guise, the Captur adds a particularly striking front bumper with a grey chin spoiler and black air intake surrounds.

A number of other trimmings have been added to the Captur R.S. Line. For example, it features distinctive silver and black 18-inch ‘La Castellet’ alloy wheels and has a tweaked rear fascia housing twin tailpipes. Speaking of the rear, the C-shaped LED taillights are a particular head-turner. It’s not just the exterior that differentiates this new-generation Captur from the old one, though. 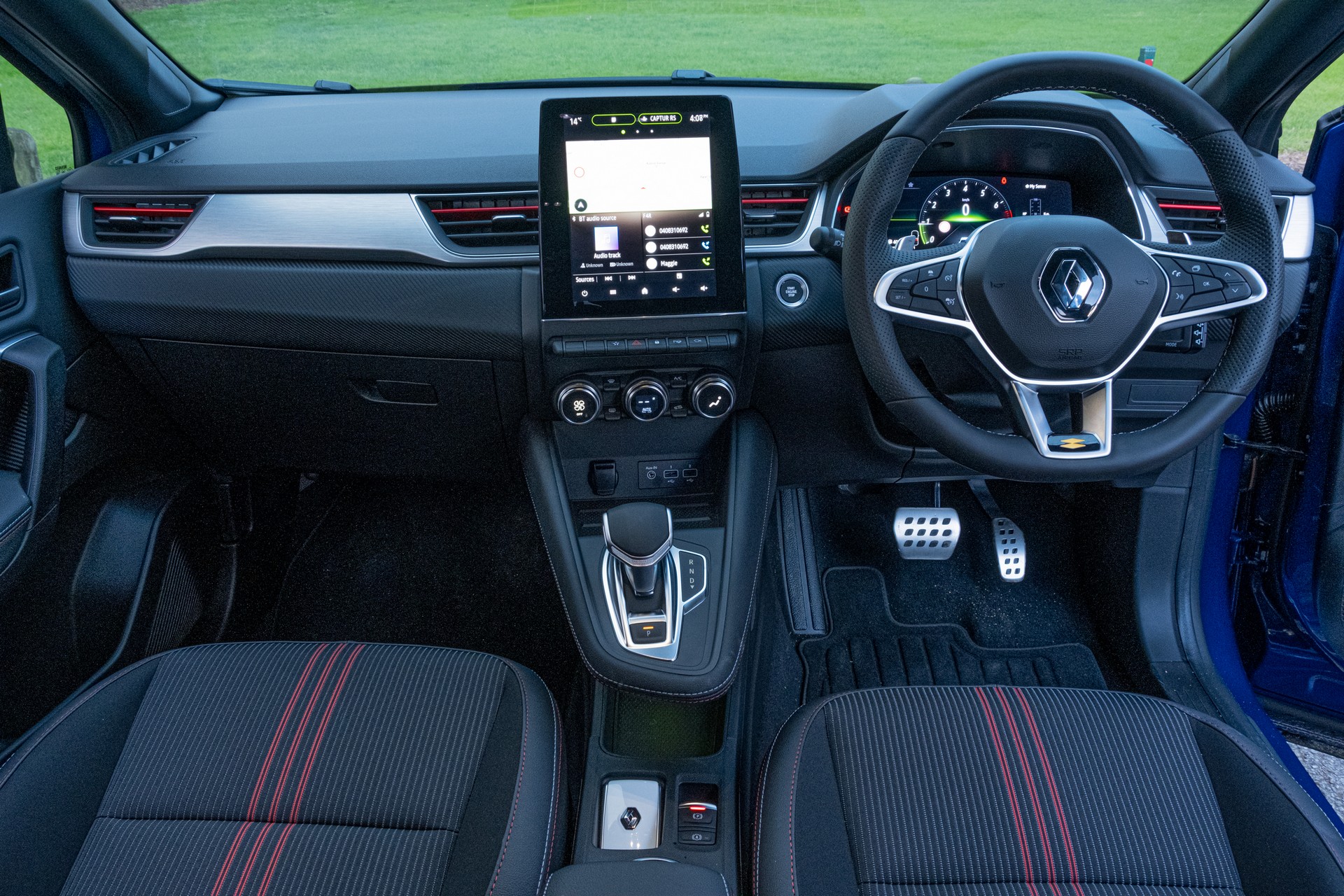 The interior of the crossover has been overhauled and is now strikingly similar to what’s found in the Arkana, a model first introduced for the Russian market but since rolled out throughout Europe, Asia, and Australia.

Immediately catching the eye is the 9.3-inch portrait-oriented infotainment system. This screen is found on both the R.S. Line variant we tested as well as the Intens but is eschewed in favor of a smaller 7.0-inch display on the lower-end Life and Zen models. The screen is reasonably responsive to the touch and offers plenty of scope for customization. It also houses Renault’s Multi-Sense settings where you can choose between Sport and Eco driving modes or set up your own ‘My Sense’ by personalizing various parameters, such as the powertrain’s mapping, steering, and the ambient lighting. Wired Apple CarPlay and Android Auto come standard. 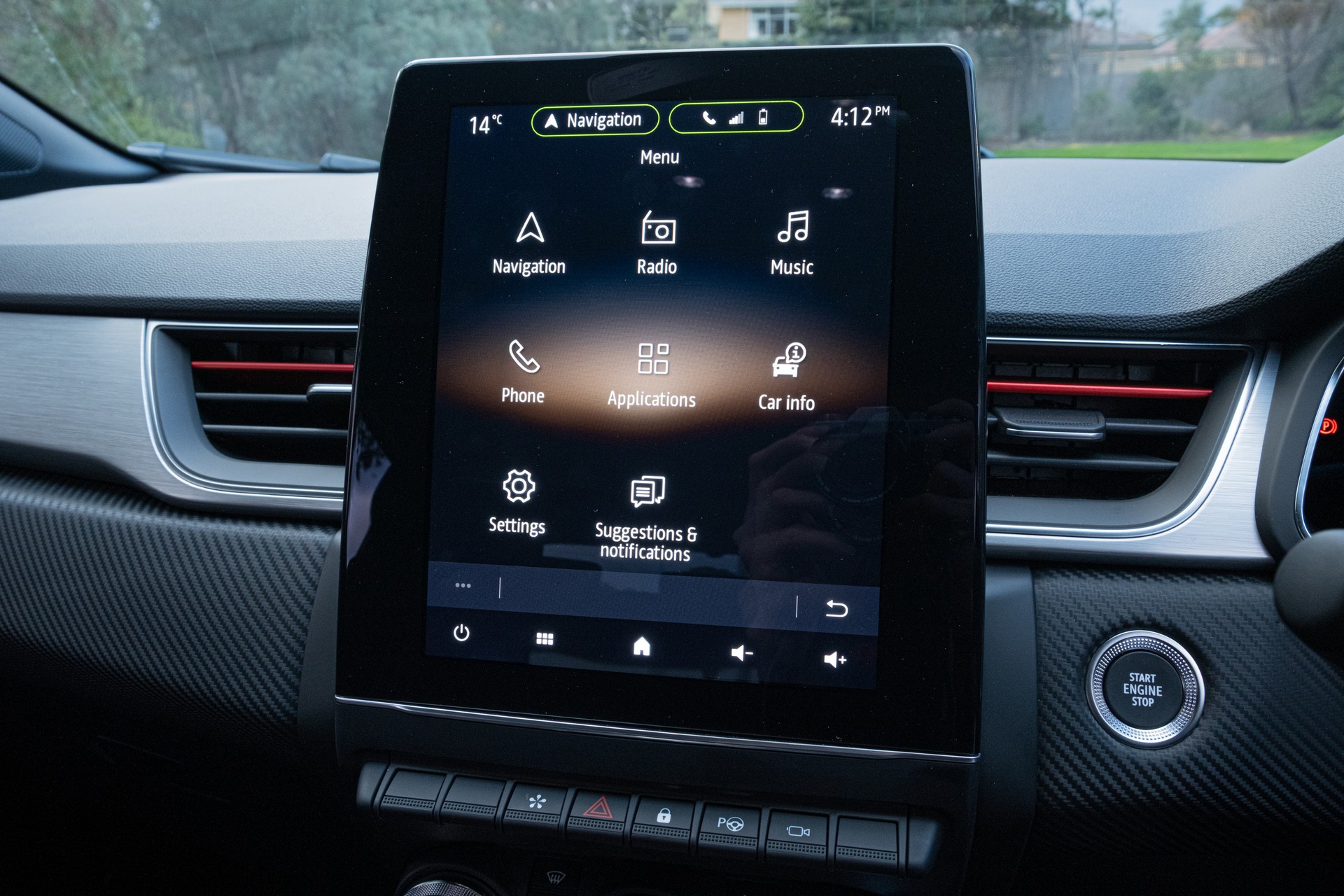 All Captur R.S. Line models come equipped with the Easy Life package that is a AU$2,000 (US$1,383) option on the Intens. This adds a superb 10.25-inch digital instrument cluster with crystal clear graphics, hands-free parking, side parking sensors, automatic high-beam, and a frameless auto-dimming rearview mirror.

Renault’s ‘flying’ center console adds to the edginess of the crossover and houses the shifter and a large storage tray with easy access to two USB-A ports and a cigarette lighter. Positioned above these connection points are lovely controls for adjusting the climate while located beneath the flying center console is a wireless charging pad that can accommodate even the largest of smartphones.

Some special touches that you won’t find on other Captur variants are also included in the R.S. Line. For example, the cloth and leatherette seats have contrasting red stitching and stripes, as do the seat belts. There is also a small Renault Sport badge on the steering wheel and Renault Sport side sills. Red accents are also found on the air vents, while faux carbon fiber trim is found on the door panels. 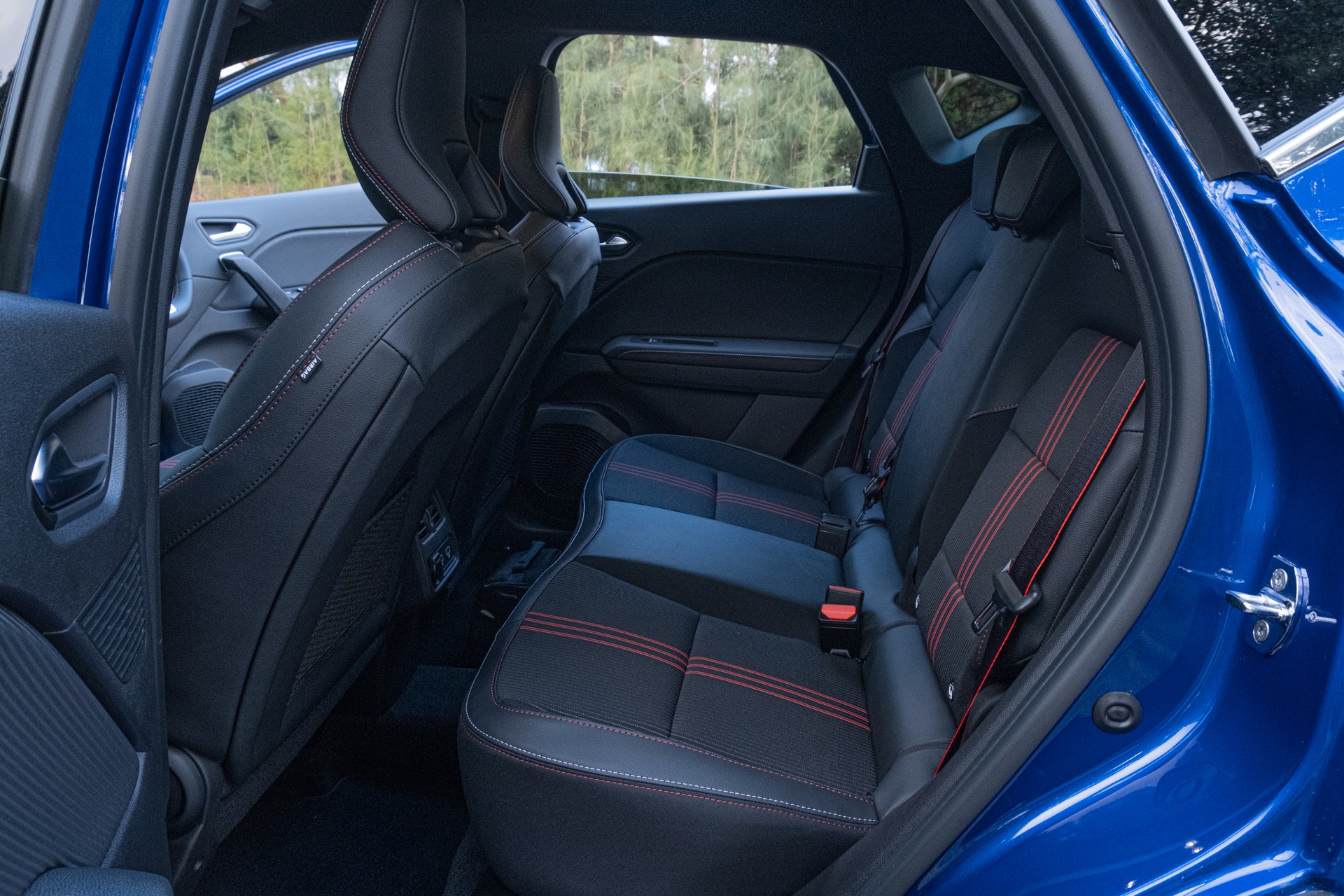 A heated steering wheel has also been added to the R.S. Line but curiously, the heated front seats of the Intens have been removed.

The rear seats are quite spacious and even tall passengers will have enough room. One particularly neat feature is the fact that the rear seats can slide forward to increase boot space or back to increase legroom. The boot itself is also very well thought out and includes a false floor and a space-saver spare wheel. All up, there’s 422 liters (14.9 cubic-feet) of cargo room, a figure that climbs to 1,275 liters (45 cubic-feet) with the rear seats folded down. 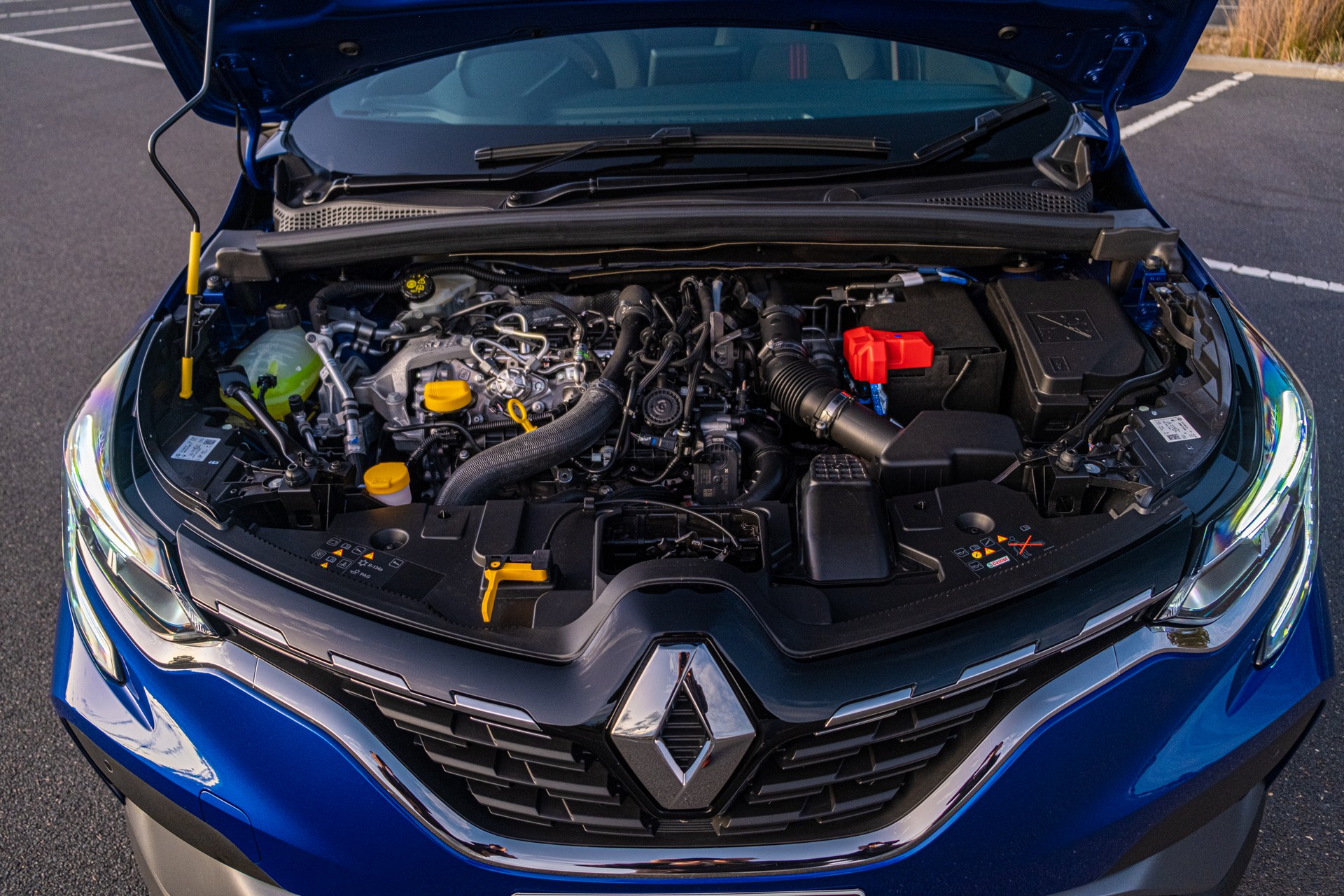 All Renault Captur models sold in Australia come with the same 1.3-liter turbocharged four-cylinder engine. This powertrain was co-developed with Mercedes-Benz and is also used in the A 180. It produces 113 kW (154 hp) and 270 Nm (199 lb-ft) and is coupled to a seven-speed dual-clutch transmission.

This engine packs a surprisingly hefty punch. Pin the throttle and the Captur R.S. Line accelerates with more ferocity than you’d expect by simply looking at the spec sheet. What’s more, the crossover’s front-wheel drive layout prompts quite a bit of torque steer with the steering wheel tugging and trying to pull you to the side while accelerating. This isn’t something you’d expect to encounter in anything other than a hot hatch but it’s an odd quirk we also encountered with the Renault Kadjar we tested a couple years ago. 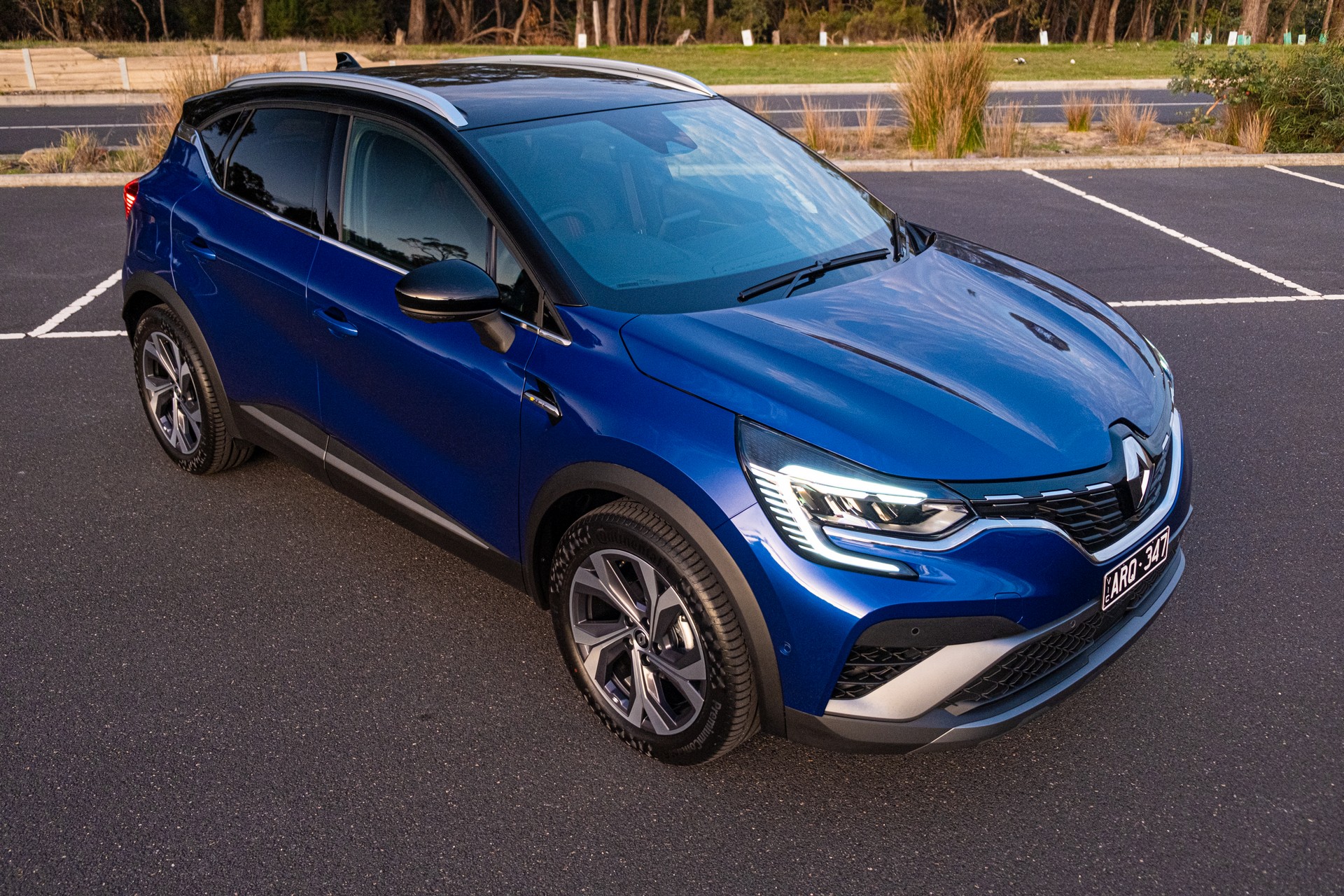 The dual-clutch transmission is good, although it’s not excellent. When you’re up and running, the gearbox shifts through the gears seamlessly and quietly. However, it can be a little overly eager from a standstill, particularly when the Captur is cold and can sometimes be caught holding on to gears for a little too long. There is no manual shifting mode lock-out but a pair of paddle shifters do give drivers the option to shift gears on their own. Curiously, we couldn’t find a way to have the instrument cluster show what gear we were in at any given time.

The rest of the driving experience is very good. While many of the Renault’s rivals feel lazy as soon as you approach a corner, the Captur R.S. Line actually feels quite sporty. The steering is well-weighted and precise, making the crossover quite enjoyable to drive at moderate speeds. The ride is on the firmer side of the competition but remains comfortable over all road surfaces.

When compared to rivals such as the Mazda CX-3, Kia Stonic, Ford Puma, VW T-Cross, and Hyundai Kona, the Renault Captur is among the most enjoyable to drive. 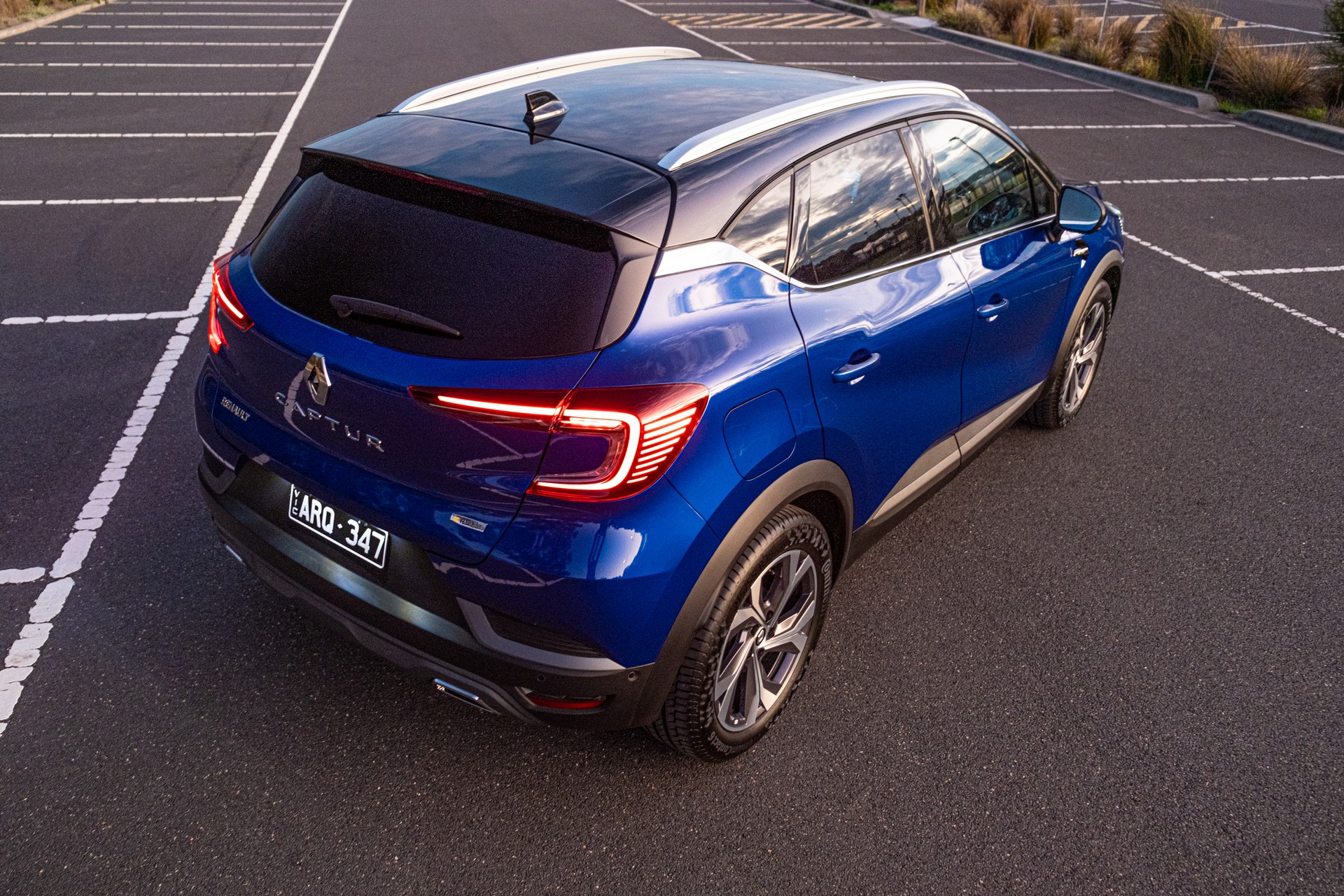 Renault is a relatively small player in Australia’s crowded automotive market but current sales figures of the Captur and the brand, in general, are encouraging. Through the first four months of 2022, Renault sold 3,151 vehicles, a huge 98.6 per cent over the same period last year, increasing its local market share from 0.4 per cent to 0.9 per cent. The Captur accounted for 533 of these sales and was the automaker’s second best-selling vehicle after the larger Koleos.

The Captur R.S. Line is a very compelling crossover. Not only is it loaded with features, wrapping them up in a very attractive package, but it is also among the best in its class when it comes to driving dynamics.